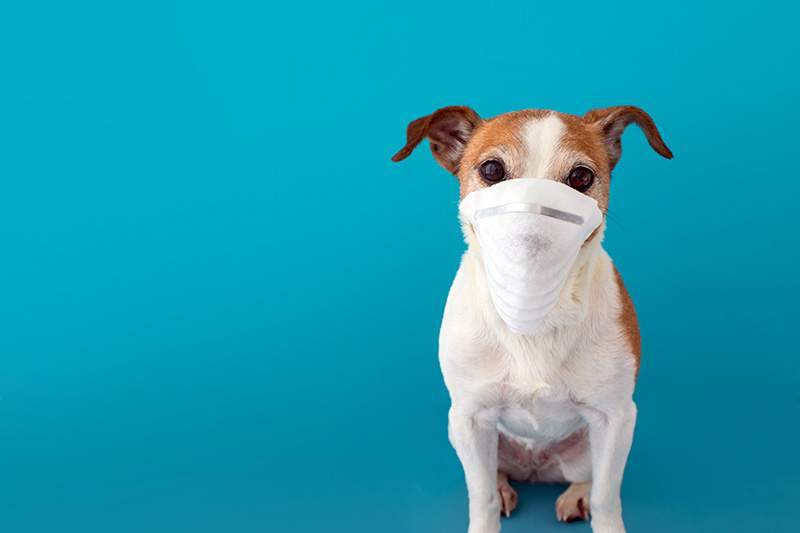 As more and more animal species susceptible to SARS-CoV-2 infection have been identified under natural or experimental conditions, the risk of zoonosis has been suspected by the National Academy of Medicine since the origin of the pandemic. [1]then confirmed when the Netherlands demonstrated the contamination of humans by farmed mink.

Subsequently, several cases of animal contamination by different variants of SARS-CoV-2 of human origin were reported, affecting a wide variety of species among pets, livestock (mustelidae) or wild animals. [2]. Zoo animals (big cats, great apes, hippos, otters) were contaminated by their keepers. In India, a wild leopard in the wild was infected with the Delta variant.

Although cases of contamination of dogs and cats by humans are sporadic, the constitution of a reservoir of virus in nomadic cats is still possible due to contact with liminal fauna of wild origin, still little studied, and the susceptibility of felines to different variants. of SARS-CoV-2. Among the new pets, a natural infection in two rabbits with SARS-CoV-2 was reported in France [3].

In Hong Kong, in January 2022, golden hamsters, imported from the Czech Republic via the Netherlands, would be at the origin of an epidemic outbreak by the Delta variant that started in a pet store employee before reaching 58 people. Since the breeding mink episode, this is the first time that contamination of hamsters of human origin has been followed by transmission back to humans, then the spread of the epidemic by human-to-human transmission. The hamster’s high susceptibility to SARS-CoV-2 designates this pet as a potential reservoir. Furthermore, the investigation carried out around this outbreak reveals that the international pet trade poses a risk of distant spread of SARS-CoV-2. [4].

In North America, the white-tailed deer (Odocoileus virginiatus) could constitute an animal reservoir of SARS-CoV-2. The hypothesis was reinforced in 2022: this overpopulated species is approaching urban or suburban areas, which probably favored its contamination by humans. The seroprevalence of anti-SARS-CoV-2 antibodies has been estimated to be between 13.5 and 70% in these wild deer, with a peak of 82.5% during the hunting season in the United States. [5]. It rises to 94.4% in captive animals, likely due to their promiscuity. In Pennsylvania, where the white-tailed deer population is the densest (30 deer per square mile), the Alpha variant was circulating simultaneously with the Delta variant during the fall-winter of 2021, as the Delta variant predominated in the human population. The dynamics of intraspecific transmission was studied experimentally after intranasal inoculation of pups by monitoring contact animals. [6]. Finally, a highly divergent new strain of SARS-CoV-2, discovered in Canada in white-tailed deer, was isolated from a human case in the same region, suggesting possible deer-to-human transmission. [7].

In Europe, the hypothesis of a reservoir in deer has not been confirmed, but other wild species are very sensitive to SARS-CoV-2. This is the case for wild or wild mustelids that are HIV-positive: otters and minks in Spain [8]minks and badgers in Brittany [9]. In France, the epidemic spread of Covid-19 due to the Marseille-4 variant (B.1.160) in 2020 appears to have arisen from a mink farm in Eure-et-Loir [10]. Several species, classified as harmful in France because of their prolificity, are also very susceptible to SARS-CoV-2: the American mink, the raccoon dog, and the red fox.

In the joint statement of March 7, 2022, the OIE, WHO and FAO emphasize the risk posed by the animal reservoir of SARS-CoV-2 and its potential role in the emergence of new variants by mutation or by recombination [11]. Furthermore, it should not be forgotten that the animal reservoir of coronavirus at the origin of the Covid-19 pandemic was probably a bat and that coronaviruses very close to SARS-CoV-2 were recently identified in this species. particularly monitored [12].

That’s why the National Academy of Medicine recommends :